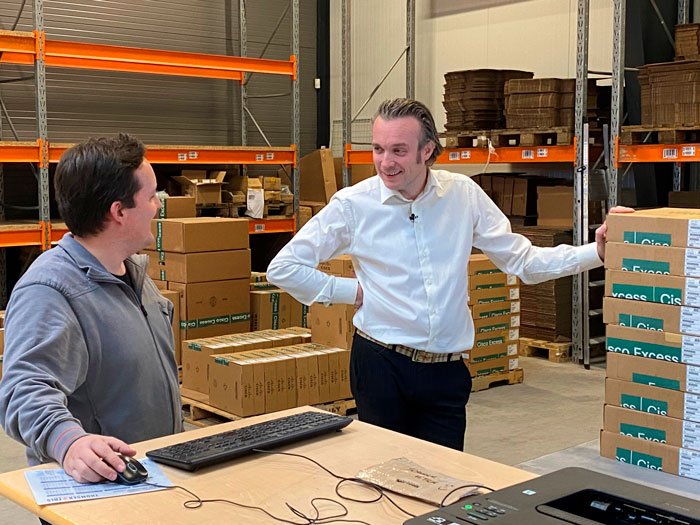 With headquarters in London and divisions in San Francisco and Manchester, the Circular First Group was looking to establish a division in mainland Europe. Meet the Managing Director and learn why Aalborg turned out to be the optimum place for them.

My name is Søren. I am 43 years old. I am Chief Commercial Officer in Circular First Group. We are a company founded 12 years ago in London, and we are currently based in San Francisco, Manchester, London and have moved to Aalborg - Denmark in December 2020.

“...we ended up choosing Aalborg due to all the green investments that have been made in the city..."

Circular First Group is a company in the IT hardware industry. We are acting as a clutch between IT manufacturers and a buying market of IT products.

The purpose of our company group is to extend the life cycle of these products. So we keep as much as possible not going to landfill and we deploy as much reused and used technology as possible.

We were looking at the university – a global university having good collaboration between businesses, the city, and the ability to source potential candidates from the university. And first and foremost, the Port of Aalborg - the harbor. The whole area is thinking green and is investing heavily in the infrastructure between the airport, the harbor and all the businesses. Attracting both workforce to the harbor and having a global airport was important for us.

“We felt ourselves very welcome to Aalborg, we have a good collaboration with BusinessAalborg and with Invest in Aalborg who has helped us tremendously, and the whole collaboration about opening a business here has been very easy and straight forward. “

The area around the harbor is very interesting for us in the long perspective.

We are investing heavily in sustainability – and so is the city, so is the area around the harbor - and looking at the big areas that are available close to the city, we are looking to attract suppliers to the city.

We are looking to create an atmosphere making Aalborg the repair centre in Europe for IT technology and IT equipment, and in general invest in green technology in and around the city together with all the companies that are doing the same.

The Aalborg history lives on in Alfa Laval

In the Port of Aalborg's old shipyard area, you’ll find one of the largest maritime companies in Denmark. Alfa Laval Aalborg develops and manufactures a wide range of equipment for ship and land industry worldwide.
Learn More

Outside the danish borders, the Aalborg city name is completely recognizable in the energy industry - especially in green energy and the company Aalborg CSP has contributed to this narrative.
Learn More

The brains make the difference for nokia

With 100,000 employees worldwide, the 70 Nokia employees in Aalborg might not look like much in the global enterprise. But the research, knowledge and foundation for product development that is created here in Aalborg, is making a huge impact. 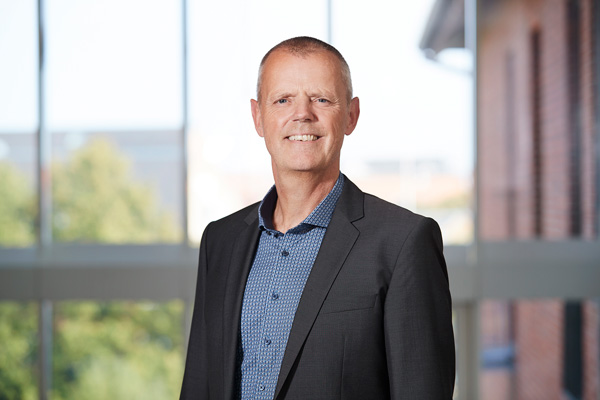 Søren is your green point of contact and he can help you build a solid sustainable business case - utilizing the strong green forces within the North Danish region. Søren has an engineering background, which will secure you a solid technical foundation and understanding.

You can find out more about which cookies we are using or switch them off in settings.

This website uses cookies so that we can provide you with the best user experience possible. Cookie information is stored in your browser and performs functions such as recognising you when you return to our website and helping our team to understand which sections of the website you find most interesting and useful.

Strictly Necessary Cookie should be enabled at all times so that we can save your preferences for cookie settings.

If you disable this cookie, we will not be able to save your preferences. This means that every time you visit this website you will need to enable or disable cookies again.

This website uses Google Analytics to collect anonymous information such as the number of visitors to the site, and the most popular pages.

Please enable Strictly Necessary Cookies first so that we can save your preferences!